“The sins of the flesh are bad, but they are the least bad of all sins. All the worst pleasures are purely spiritual: the pleasure of putting other people in the wrong, of bossing and patronising and spoiling sport, and back-biting, the pleasures of power, of hatred. For there are two things inside me, competing with the human self which I must try to become. They are the Animal self, and the Diabolical self. The Diabolical self is the worse of the two. That is why a cold, self-righteous prig who goes regularly to church may be far nearer to hell than a prostitute. But, of course, it is better to be neither. “

Me Thinking Out loud:

C.S. Lewis makes the comment that there are two forces with in us trying to make their dominance known.  They are the Animal Self and the Diabolical Self.  He doesn’t really define these ‘self’s’ but I would assume that the animal self is more about instinctive sin nature and the diabolical self is the deliberate sin nature of the spirit.  He says both are bad but that the Diabolical Self is much worse.  He prefaces all this by saying that sins of the spirit are much worse than sins of the flesh and again I am assuming that he means the Animal Self refers to the flesh and the Diabolical Self refers to the spirit.   My quandary is now one of a sin measurement system that he seems to be introducing.  Is it possible that he is really saying that there are worse sins than others?  Maybe in human eyes that is very possible.  In God’s eyes, I’m going to have to say “sin is sin” and it all leads to a spiritual death.  So, why bring this up in the book?  C.S. Lewis was a very learned man and likewise highly respected; I can’t imagine him actually endorsing a measuring system for sin.  The only thing I have been able to come up with so far is that once you’ve allowed your Diabolical Self to have control, it is a gateway to all other sins and thus encompasses even the Animal Self.

4 thoughts on “Animal Self and Diabolical Self”

Hi there! I'm Lori and I share bits and pieces of my life as a woman saved by Grace, a wife of a man in ministry, a mother of 4, my 'crazy' as I homeschool, my hobby as a design enthusiast, and my addiction to reading. Click the button above to receive updates via email. 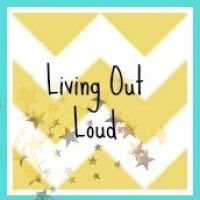 I Recommend and Use:

In My Own Style

Inspiration For Learning and Life.

A Thoughtful Place is a California based lifestyle blog about design, fashion, gatherings and the occasional from the heart post.